The 97th running of the Pikes Peak Hill Climb in Colorado produced the first-ever Australian winner – none other than Rennie Scaysbrook, our California based son and motorcycle journalist. Rennie was making his fourth attempt at the daunting 20km climb with rises from 2,862 metres at the start line to 4,302 metres at the summit and contains 156 corners.

After three years on KTM machinery, two pole positions and a trio of top-three placings, Rennie switched to an Aprilia Tuono V4 1100 for the 2019 event, running in the Heavyweight Motorcycle Division. After qualifying second to four-time winner Carlin Dunne, Rennie rode what he described as a ‘controlled’ race that saw him blitz the official motorcycle record set by his former KTM team mate Chris Fillmore in 2017. Rennie’s time was 9 minutes 44.986 seconds eclipsing Fillmore’s 9.49.712 by nearly five seconds and gave him the outright victory as well as the Heavyweight class win. 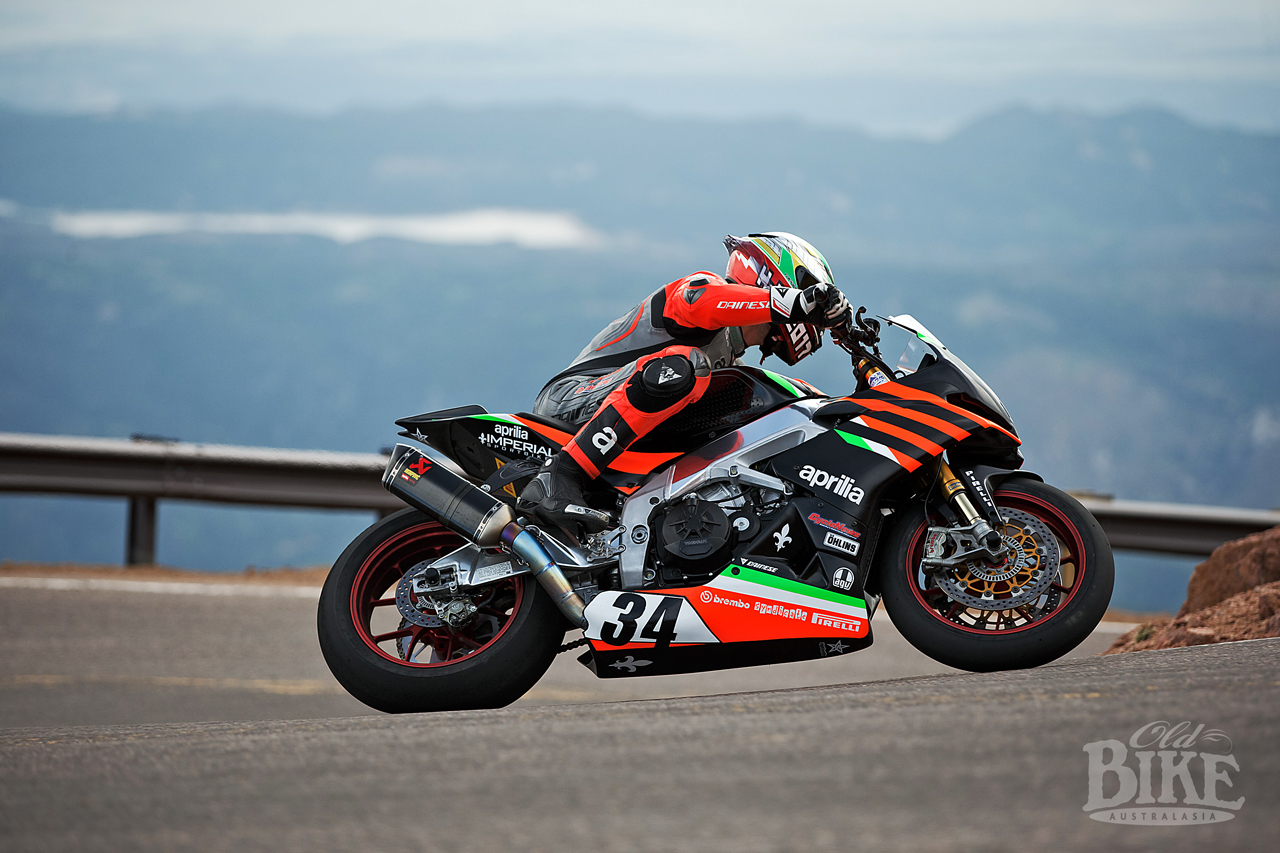 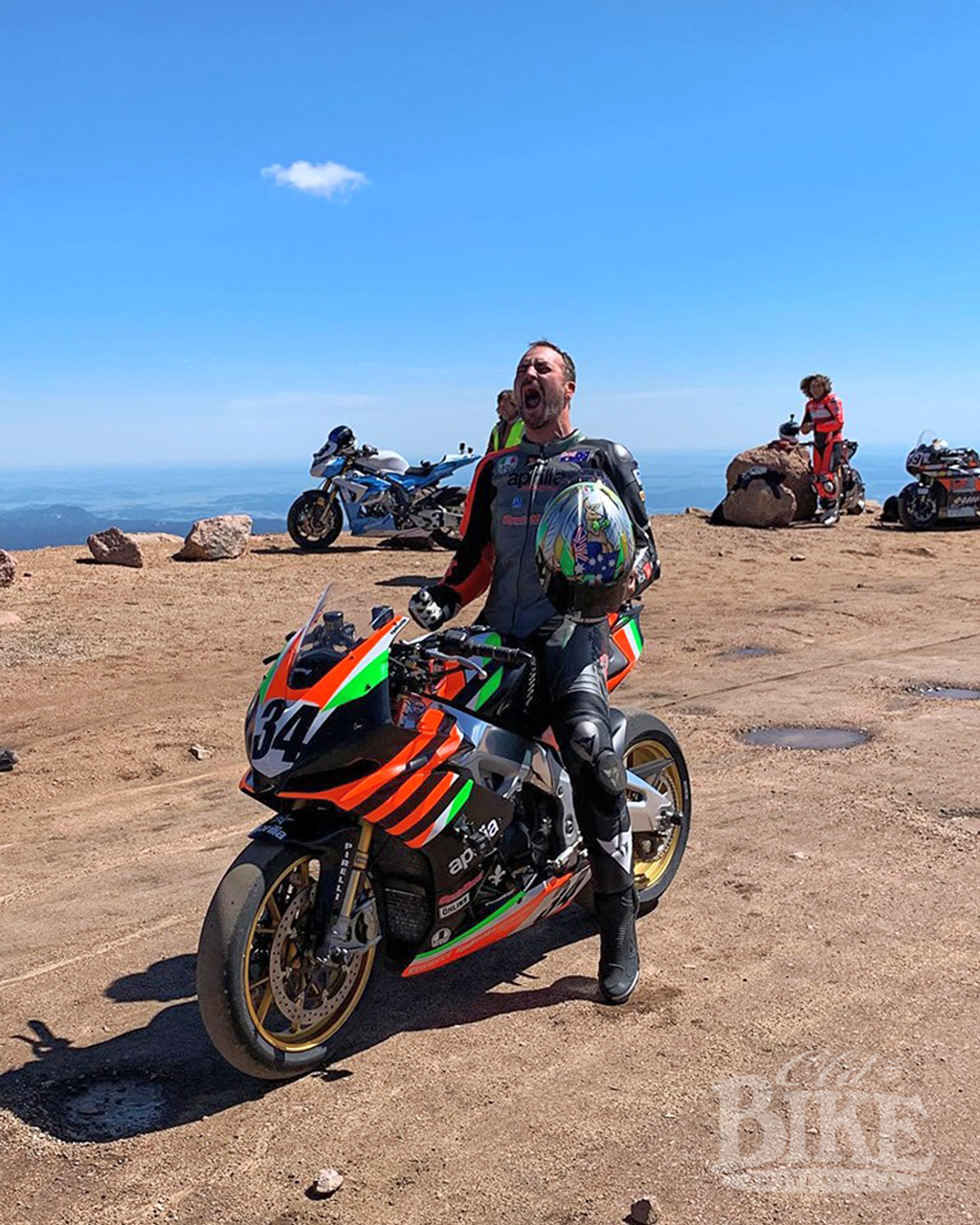 The Aprilia was supplied by the US distributors and expertly prepared by former Pikes Peak winner and Isle of Man racer Jeremy Toye from San Diego. The vastly experienced Toye also provided a vital mentoring role for Rennie in the long and stressful lead up to the event. Tragically, Carlin Dunne received fatal injuries when he crashed his prototype Ducati Panagale Street Fighter within sight of the finish line.